Children deleted photo evidence of AIVD-rapist Jaap Duijs having 69-sex with MY wife! 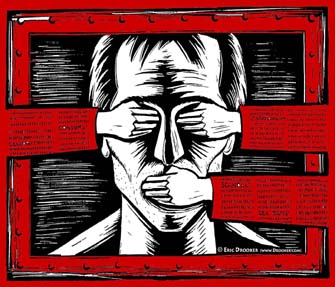 When flying over my Villa Sydwende in Drachten in 2003 I make a photo of our house and after a few minutes on the way back to Airport Leek my friend pilot Reint Jelsma is ordered by somebody from Justice to remove the photo taken! This was of course AIVD-rapist Jaap Duijs himself abusing(!) his secret(!) power working for Justice department/AIVD who didn’t want me to have hard evidence of his sex-slave mind-control over my wife since 1972!

And right he was because in the trial on 9-2-2009 before corrupt biased police judge mr. Jeroen van Bruggen he had filed false insult(!) charges against me being insane and the fact he never had any sex with my wife! While there were tens of witnesses seeing him do that.

Here the fraudulent answers AIVD-Rapist Jaap Duijs gave later during the Appeal case! He could do that because the photo was deleted! He had NEVER sex with my wife he falsely(!) states! See post Verhoren Hoger Beroep

1 Did you have regularly sex with your neighbor Wies Jansma?

So he lied and her children and Reint Jelsma, Ed van de Beek and many more knew he was lying, but did nothing(!) to to bring forward the truth and nothing but the truth! Obstruction of Justice!

My wife called before to ask if I had taken pictures! So AIVD-rapist Jaap Duijs with his mind control over my defenseless wife(and me) ordered her to have sex with him on his lawn naked in 69 position, while I just phoned her I was coming and would take pictures flying overhead! So he ordered her to ask if I made photos! And next phoned Airport Leek and demanded deleting of the photos!

Which proves she was during the sex not in her normal personality, but in her second emotional personality! Severe dissociation!

I refuse to delete it because it is crucial evidence of her being defenseless sick and Jaap being a rapist. Reint Jelsma and Ed van de Beek both pilots flying also our two sons around, ask the children to delete the photo-evidence later as it could cost Reint his license he thought falsely! The photo was taken above the 300 meter level and I had warned my wife I was coming to take a picture in a few minutes too! But in that timeframe rapist Jaap ordered her to have 69-sex with him on his lawn.

Both Reint and Ed also saw the photo evidence of rapist Jaap having 69 sex with my wife on his lawn nicely in the sun! So two independent witnesses and her two sons Arne and Jorrit. And of course me and my sick wife.

The children, specific Arne later delete it from my camera with zoom lens and he deleted also the email copy I sent to myself by taking forceful access to my computer against my explicit warning about evidence and that I didn’t want it to be deleted! Even the email trash was deleted by Arne himself! Her son Jorrit blocked a door to prevent me from holding Arne back! How do you defend yourself against such a large criminal cover-up? It was evidence necessary in the largest cover-up and conspiracy ever in Dutch history! Also it was my(!) property proving Jaap was a criminal working for the AIVD!

A few months later the children together falsify also the DNA-fathership tests by changing the swabs, after lying and agreeing(!) to do it! AIVD-Rapist Jaap Duijs and my corrupt sociopath brother Johan were involved in the falsifying of the DNA-tests! They refused also to put everything simply in a written statement what would have saved me 29 months in detention and hell on Earth since 2000! Why do children think lying is a good thing to do? Why not simply tell the truth in writing to the Judges? I wa sentenced in 2016 for 5+5 + 8000 euro to pay to the rapist of my wife! 13 months in detentie and 5,5 month in San Diego asking America for Asylum against this persecution by the children and by the Dutch government.

Taking away all(!) my hard evidence(69-sex photo and DNA) and sentencing me to in total 29 long horrifying months detention, 15 in USA between asylum seekers while waiting Asylum request, plus 14 months(insult Jaap) detention Netherlands because I could now NOT proof Jaap Duijs was lying and a serial-rapist!

And living in exile since 2008 until now 2019! Also denying my defenseless wife therapy as now I was made looking insane, and could not find a psychiatrist or psychologist to help her(!) get better! And denying me children of my own as I couldn’t offer the many woman who wanted to give me children a financially independent future.

And don’t forget the two murder attempts(2010 Benidorm and 2016 Altea) and several times brainwashing by the corrupt prof. dr. Onno van der Hart with Jaap Duijs present in 2008 and 2010!

Here the for me horrifying Dutch letter my sick wife with selective amnesia after regular brainwashing sent to Police Judge and which was crucial part of the evidence against me on 9-2-2009.

If I had the evidence the three children stole from me, I would have had solved this case around 2003/4! And I would have had children and a nice young wife or partner! Now I am totally isolated and without money waiting for the next murder attempt or secret antipsychotic by unknown psychiatrist.

What a disgusting world I have to live in!