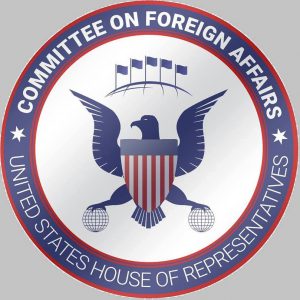 I sent the following letter to the American Committee on Foreign Affairs asking for sanctions against the Netherlands for the severe Human Rights Violations against me Hans Smedema, and refusing to investigate and compensate my damages.

Letter to Committee on Foreign Affairs

I write to you on a matter of severe Human Rights Violations by the State of the Netherlands against me, my wife, Dutch people, American Al Rust and America itself among many other very high level people involved.

Americans who know a lot about this horrifying case of high level cover-up and conspiracies destroying my life, that of my wife and American Al Rust are the following:

Judge Rex J. Ford and DOJ during my first Asylum request in 2009(7 months innocent detention) found 5 good grounds for Asylum if enough hard evidence could be found! Unique they thought, never happened before in America as far known! I asked again in Texas in 2013/14 with 2,5 months detention and in San Diego in 2016/17 with 5,5 months detention. During the last one just before leaving office Obama must have brought the case before UNCAT or equal special procedure.

I have the following requests:

I am almost broke, have no lawyer who all refuse this case of false State Security and almost nobody has offered help but America during the Asylum case in 2009. Judge Ford and DOJ must have by now a lot of evidence in the case. But not having the evidence makes it impossible for me to get a lawyer even if I could pay him. I still had about 200.000 euro in 2009 during the asylum case, but was deported and in 2013 the same. Now I have only credit card and mostly Spanish tax debt of about 30.000 euro and a retirement monthly income of 1500 euro. Dutch should stop all claims until after an investigation and after compensation, but refuse to do so as demanded by UNCAT.

The Dutch refuse to pay me an advance of 1 or 1,5 million euro, although they secretly offered 5 million in 2003 to keep everything a secret when I didn’t ask or know what was going on yet!

Lots of info is on my Blog hanssmedema.info in Dutch and a lot also in English. I can of course provide more specific info if needed.

Special and unique in this case is also:

The Dutch are legally trying to go after American Al Rust. Prof.dr. Onno van der Hart lied and denied in America knowing me or my case, when asked by Al Rust in his official capacity as Military Intelligence around 1986. But in the so called Frankfurt Dutch intelligence file of over 30 pages about me and my wife they confirm he was involved together with psychiatrist prof. Dr. Robert van den Bosch. The Dutch file disappeared after 3 days, but there still was a copy!

Also I fear Judge Rex J. Ford could be legally attacked as by deporting me he put me in harms way as I warned him several times. Only months after deportation in 2009 I was conditioned/tortured again by Onno van der Hart and Jaap Duijs. So I urge you and the Committee to start an official hearing openly!

Retired Judge Rex J. Ford should be a crucial part of any investigation about the severe Human Rights Violations in this horrifying kafkaesque and even orwellian case.

Please inform me as much as possible which would help me mentally a lot of course after now fighting unknown hiding high level enemies alone for 19 years without any legal help.

I again ask for Asylum as I am still persecuted by the Dutch and denied any help! Also I asked to become American Citizen in 2009 and repeat my request here now!