Most horrifying cover-up and devilish sophisticated(!) conspiracy with Royals involved in the known history of the Netherlands!

This Blog is my written legal chronological statement about all the unbelievable(!) horrifying crimes against me and my defenseless girlfriend/wife since 1971!

Best viewed on Desktop and Landscape! Read-only Blog! See left Sidebar for menu, more info, and Archives with around 400 unbelievable posts chronological since 2007 explaining my moving(!) insights since 2000!

The petition was declared inadmissible by the Committee on Petitions on 15 July 2021: Incoherent reasoning with an unclear link to the Union’s fields of activity (List 3).

Still I could see on my Blog statistics a higher visitor count as the petition had to be investigated! Which is very positive. This denial info was given on Nov 8th, 2021 which is almost 4 months after their first decision. Still it is positive because without any legal help since 2000, I managed to get my case known at the EU Parlement and it is visible for anyone! And got President Obama himself and high level Americans putting my case before the UN Special Procedure or UNCAT.

Also see my other article with the request: Petition EU Parliament Violation of EU Laws and Fundamental Rights by The Netherlands in Hans Smedema Affair!

American Immigration Judge Rex J. Ford and DOJ in 2009 during my first(5 total) asylum request A087-402-454 against persecution from the Netherlands found 5 good real grounds for asylum if more hard(!) evidence could be found of the involvement of the Netherlands government or Royals! The corrupt Dutch tried legally to block America giving me asylum by (ab)using bilateral judicial treaty, and by severe mistreatment, torture and human rights violations! Both Canada and Mexico were corrupt(!) asked to sent me back by Dutch Min. of (In)Justice!

Never happened before in the known history of America! Unique! One is ‘handicapped and traumatized by torture’, another is ‘Secret Persecution by the Dutch Government and Royals’!

Secretly placed under Government Control in 1972/3!

By special ruling from Queen Juliana around 1972/3 I was secretly(!) placed under government control(dutch:TBS?) and all normal human and civil rights taken away from me! Without informing me and without any defense allowed and based on fraudulent info from my mentally sick girlfriend/wife/ex-wife and the rapist. Huge cordon sanitaire around me with a rapist Jaap Duijs as planned neighbor in 1977 who received 100.000 guilders and a monthly allowance for a de facto free Villa with a microphone in our Villa and access to all mail and more like my wife who was his sex-slave since 1972. Had I known all this I would of course have left the Netherlands before I was forced to marry my mentally sick sex-slave girlfriend!

Also my rights were secretly(!) taken away…

Free from American Declaration of Independence

‘In every stage of these Oppressions We have Petitioned for Redress in the most humble terms: Our repeated Petitions have been answered only by repeated injury. A Royal Dutch government and King, whose character is thus marked by every act which may define a Tyrant, is unfit to be the ruler of free people like Hans & Wies Smedema.’

On March 15th, 2017 that hard(!) evidence was provided by KLM Co-Pilot King Willem Alexander himself who fraudulently lying(!) and corrupt blocked(!) me getting offered(!) asylum in American(!) Airspace! In the plane I was secretly drugged with a truth serum, my boarding pass-receipt confiscated, interrogated, and afterward totally innocent put in detention after an unfair political trial for 13 months! Abuse of Power and Obstruction of Justice!

KLM COO Rene de Groot cowardly and corrupt neglects my complaint and request for confirmation of the lying King from the KLM flight log! KLM Customer Service refuses to answer because during the flight my boarding-pass-receipt was shrewdly confiscated(!) by King’s Secret Service man Sjon to prevent(!) me to defend myself afterwards.

The Netherlands corrupt refuses any information or investigation about this horrifying case since 1972, 5 murder attempts, and no defense during court cases allowed! The Dutch used Mind Control and programming by corrupt devilish prof.dr. Onno van der Hart to damage my brain as in the famous Jason Bourne Movies.

As happened with famous Anne Frank, I am De Facto Stateless and also betrayed by the Dutch! This case resembles the famous Albert Dreyfus Affair around 1900 and Kafka’s ‘The Trial.’

Kafkaesque and even Orwellian/dystopian as no information is given why! Dutch Ministry of (In)Justice and a Royal Countrywide Omerta betraying me and the Dutch nation! (High)Treason!

The blog is my chronological factual(!) written statement since 2007!  See Disclaimer & Summary

See also a detailed Timeline of only the most crucial events!

Crucial positive American heroic(!) insiders daring(!) to help despite the unethical criminal Dutch Royals and Ministry of (In)Justice formal(!) requests to betray me, were:

Why is America silent about this horrifying kafkaesque case?

The big question which is everywhere on this blog and Ebooks, is why America does not simply tell the truth about this horrifying and most of all kafkaesque decennia-lasting case? They have all the evidence needed and even more than necessary. What is keeping them from simply open up about what they think about how the Dutch are destroying the life of Hans Smedema and also his defenseless wife. This is worse than ‘The Trial’ by Franz Kafka!

Are they being intimidated by the Netherlands Crown? Government and Royals? I know from the Asylum request and professional investigation in 2009 that America would offer to defend(!) my case when I would be put on trial again by lying rapist and others. But the Netherlands apparently denied America the right to do so! Also, America was not allowed to give me asylum as the Dutch did everything to block me from ever getting to America! Also, the Netherlands (ab)used the bilateral Justice treaty to force America to help with the cover-up and conspiracy against me a Dutch citizen.

A crucial reason was mentioned by judge Rex J. Ford during the 7 months  investigation in 2009! It was the insane fact that according to Rex and DOJ I signed a contract or document with the corrupt prof.dr. Onno van der Hart in 1975! Which was NOT the case! He tortured me after 3 times with memory loss causing drugs, locked the door when I wanted to leave and he psychologically tortured me during 2 hours while I kept refusing(!) to sign an unknown document I was not allowed to study at home! He also did NOT allow me to read the document before so I could understand what he wanted to do with me and my brain! Only AFTER 3 times drugs he allowed me to read it but I was a zombie and could not even read anymore! He also made a tape which he spoke into while being in the next room! A document like that is null and void as mentioned in human rights laws! He was fully prepared with that 5 to 10 pages legal document prepared with Justice or my corrupt brother mr. Johan Smedema from Gennep while I was kafkaesque(!) NOT aware of any crimes yet(!) against me and my defenseless mentally sick wife with an extra emotional personality(sex slave)! See my detailed Dutch post…

Each State Party shall ensure that any statement which is established to have been made as a result of torture shall not be invoked as evidence in any proceedings, except against a person accused of torture as evidence that the statement was made.

After the very professional investigation into my horrifying case during my first asylum request in 2009, Judge Rex J. Ford or DOJ also ordered an investigation into the rapist Mole (who was a friend of main rapist Jan van Beek) I mentioned inside the Dutch Ministry of (In)Justice! I heard as a result this video(published Aug. 9th, 2012) was made about the Dutch High level Official ‘Joris Demmink’ who could also be the Mole-X, but his career at first glance did look too different to me. But later I found more info and for me it is now for 99% certain that indeed Joris Demmink is this friend who I gave the picture that was used in Bars to get clients for paid sex with her. Crucial is that my wife remembered his first name ‘Joris’ and from his last name ‘Em or so!’ See my special Dutch post… Joris Demmink blijkt verkrachter en MOL-X binnen Justitie in mijn Hans Smedema Affair!

The rapist of my girlfriend later wife in 1972 and later, involved in my horrifying case and who sold the rape-videos(also with dogs) through Prague to the USA according to his friend rapist Jan van Beek from Utrecht. Many other Dutch know who he is such as my corrupt brother mr. Johan Smedema, Jan van Beek and his rapist friend teacher French drs. Jaap J. Duijs, and Ans Schuh Van Kesteren, all members of the criminal Omerta Org. To keep silent and help betray me that nothing happened in 1972 and later they all got 20.000 at once and 500 guilders, later 1000 and 500 euro, for each always secret(!) Omerta meeting they attended led secretly by my corrupt brother mr. Johan Smedema.

But those can never be prosecuted because of the secret(!) protection and block by the corrupt Dutch Royals on all investigations or prosecutions around me and my defenseless wife! My first trial 2009 and appeal case 2011/12 and sentence was secretly(!) made invalid in Okt 2013 on purpose to protect(!) the lying rapists and others involved. They use State Security as a (false) reason to hide the truth. But this video made about Demmink(Dutch Top Secretary General Justice) was about the MOLE-X also as he brilliantly cleaned his own criminal past and blocked all threats and investigations while using Royal State Security. The Perfect Crime! He walks free like all the others! Only me, the victim has been 29 months in detention trying to solve this/his perfect crime. 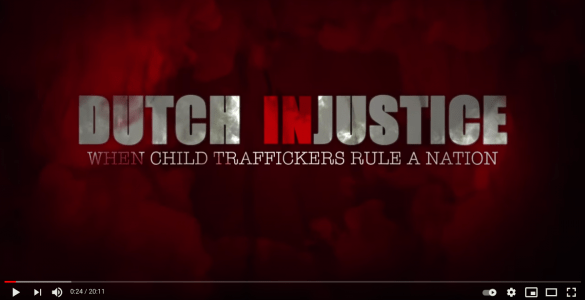 Do not use Google.nl for searches about me!

Do not use Google.nl for searches about me, as the Netherlands Ministry of (In)Justice has forced them to delete(!) most of my posts from the search results! Use DuckDuckGo with my name Hans Smedema!

And via Facebook Messenger, LinkedIn, telephone via first an email.